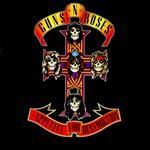 $16.00 In stock with supplier
ETA: 4-7 business days add to cart more by this artist

Every one of the 12 tracks on G n' R's debut album is an absolute stone-cold classic. 'Appetite..' is a powerhouse document of pure adrenaline rock at it's best!!!

"Attitude is the all-important factor in making a good rock 'n' roll band into a successful one - and on 'Appetite for Destruction' Guns n' Roses had it in spades!

Comprised of vocalist W. Axl Rose, guitarists Izzy Stradlin & Slash, bassist Duff McKagan and drummer Steven Adler, G n' R had struggled for a few years until they got to the right place at the right time. When these five street-wise raunch rockers arrived on the Hollywood scene, it was blatantly clear that they had more of "the right stuff" than all the other '80s rock bands put together.

The independent release of their 'Live: F*** Like A Suicide' EP (featuring a suitably salacious cover of Aerosmith's "Mama Kin"), garnered them a large cult following, which led to them signing with Geffen Records. In 1987 'Appetite For Destruction' (produced by the venerable Mike Clink) exploded onto the music world. Its bold, aggressive, sleazy and very controversial content shocked many, with the original LP cover being immediately banned - although it did appear on the inner sleeve. The star of this show is the highly unique Axl, who moans and howls throughout, screaming about sex, drugs and general craziness. His partner in crime, Slash, is the perfect foil, providing an ideal guitar framework, delivered in true "rock god" style. By contrast, Duff's no-nonsense "punk" approach holds the group's sound together, whilst simultaneously injecting a certain melodic flair into the proceedings.

It's not an exaggeration to say that every one of the 12 tracks on 'Appetite For Destruction' is an absolute stone-cold classic! "Welcome to the Jungle", "It's So Easy", "Nightrain", "Out Ta Get Me"... the list goes on. However, it is perhaps "Paradise City" and "Sweet Child O' Mine" that are the most memorable anthems on offer here - it's little surprise really, considering how much radio exposure these tracks got (and still get). MTV were quick to pick up on 'Appetite', playing the awesome videos on high rotate. To this day, hearing just the first few bars of Slash's intro to "Sweet Child O' Mine" can incite even the most jaded air-guitarist to leap into action!

By the mid '90s though, the inevitable had happened - after huge global success the band crashed and burned. Keyboardist Dizzy Reed was added to the line-up when ex-Cult drummer Matt Sorum replaced original tub-thumper Steven Adler in 1990. Izzy Stradlin departed in '91, finding the pressure of being in the band too great. One Gilby Clarke superseded him, but even this new blood wasn't enough to keep the lifeline of the band pumping indefinitely. During the notorious 'Use Your Illusion' recordings and tour, things started getting very overblown and totally out of hand in the G n' R camp. And so it was that during 1996 irreconcilable differences between the remaining members (mainly Slash and Axl) forced an end to this most rebellious gang of musicians.

Axl did resurrect his own version of the band during the first few years of the new Millennium, which at one stage featured the eccentrically brilliant guitarist, Buckethead. However, touring plans had disastrous results - most of the shows ended up with crowds rioting, or were cancelled completely. It continues to be an on again off again project for Axl, but at the time of writing this, a recording from his ever changing line-up has yet to surface.

In 2004, Slash, Duff, and Matt teamed up with the newly sober Scott Weiland (formerly of The Stone Temple Pilots, and various drug rehabilitation programmes) to revive much of the original spirit of the G n' R sound with their band, Velvet Revolver.

But, no matter what else these rockers come up with now, it is 'Appetite for Destruction' that will always be regarded as the masterpiece of their careers. A powerhouse document of pure adrenaline rock at it's best!!!"
-GEOFF & MARTY (19th February, 2005)

Use Your Illusion I

Use Your Illusion II