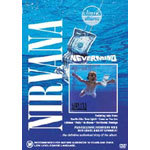 'Classic albums' - A high profile, internationally established, ongoing music series focusing in a unique way on the great albums, which have influenced the course of music and touched generations.

There possibly isn't an album in history that is as genre defining as Nirvana's 'Nevermind'. Released in 1991, it single-handedly was responsible for the birth of what became to be known as grunge and has gone on to sell millions.

'Nevermind' was the second album from the Seattle trio and the first on the DGC label (it's predecessor Bleech was released on the Sub Pop label). It was produced by Butch Vig (also the drummer for the band Garbage) and mixed by Andy Wallace.

Nirvana's surviving members Krist Novoselic (bass) and Dave Grohl (drums) talk candidly about their past, the recording of Nevermind and about Kurt Cobain and the legacy that he has left behind. Also featured are exclusive interviews with the likes of Garry Gersh (A&R + DGC Records), Butch Vig, Jonathan Ponneman and Nils Bernstein (Sub Pop Records), Thurston Moore (Sonic Youth), Jack Endino and many more.

Includes :-
-"Drain You" - the story behind the making of the track.
-Dave Grohl joins Nirvana - The story of how Dave Grohl came to join Nirvana.
-Going To Record In L.A. - The story behind why the band recorded 'Nevermind' in LA.
-"Polly" (Live) - "Polly" live in concert.
-'Nevermind' - the album sleeve - the story of the album cover including interviews with the cover star.

And in it's entirety... Polly (live In concert)

The Number of the Beast (Classic Albums)