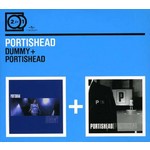 Their debut release, "Dummy", with its evocative, pseudo-cabaret take on the trip-hop sound, earned them top ratings on most of '94s end-of-year critics polls, and also the prestigious Mercury Music Prize.

Their self-titled follow-up album is similarly eerie, interwoven as it is with lingering, and on occasion, alarming melodies & grooves.