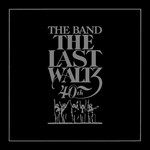 On Thanksgiving Day 1976, The Band took the stage for the very last time at the Winterland Theatre in San Francisco. The concert, aptly billed as The Last Waltz, has become one of the most revered performances of all time. For the show, Rick Danko, Levon Helm, Garth Hudson, Richard Manuel, and Robbie Robertson were joined by an all-star group of music pioneers, including Eric Clapton, Neil Diamond, Bob Dylan, Ronnie Hawkins, Dr. John, Joni Mitchell, Van Morrison, Muddy Waters, and Neil Young, among others. The evening was captured on film by director Martin Scorsese. Released theatrically in April 1978 to critical acclaim, The Last Waltz is still considered by many to be the greatest concert film ever made.

Disc 1:
Theme From The Last Waltz (with Orchestra)
(The Concert)
Up On Cripple Creek
The Shape I'm In
It Makes No Difference
Who Do You Love? (with Ronnie Hawkins)
Life Is A Carnival
Such A Night (with Dr. John)
The Weight
Down South In New Orleans (with Bobby Charles)
This Wheel's On Fire
Mystery Train (with Paul Butterfield)
Caldonia (with Muddy Waters)
Mannish Boy (with Muddy Waters)
Stagefright