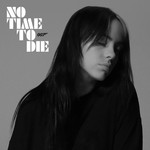 Five-time Grammy winner Billie Eilish is contributing the official theme song for the film "No Time to Die" the 25th film in the James Bond series. "No Time To Die" was produced by her Grammy-winning brother Finneas and Stephen Lipson. Hans Zimmer took care of the orchestral arrangement, while The Smiths guitarist and songwriter Johnny Marr took over the guitar.

Billie Eilish is the youngest person to ever write and produce the James Bond theme song. Her predecessors include Adele, Sam Smith, Alicia Keys and Madonna. In March 2019 Billie's debut album "When We All Fall Asleep, Where Do We Go?" was released, with which she celebrated an unprecedented success.