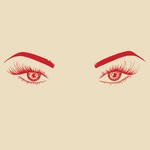 Xiu Xiu makes beautiful music for hard times. For nearly 20 years, the band has a track record of crafting experimental music for moments when life's harsh realities meet its existential mysteries. On the latest album, Jamie Stewart explores a recent revelation and is reminded of the power of the band's music to surprise and connect. Listening to the songs on OH NO, it is hard to feel truly alone. Instead, it is a reminder that even when we're alone, we're alone together.

OH NO, the group's newest album, is an album of duets, with Stewart sharing the stage with an array of guests who have made an impact on him personally and musically. This is the first Xiu Xiu album where every song spotlights Jamie Stewart and a collaborator.

The album was born out of anguish and isolation but exists as it does because of a profound rediscovery of community and friendship. It is the sound of finding one's place in the world after the destructive powers of jealousy and mistrust make any map seemingly unreadable.