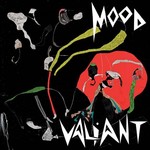 In the six years since its release, Choose Your Weapon has been sampled by hip hop royalty Anderson .Paak, The Carters, Chance the Rapper, Drake and Kendrick Lamar.

Mood Valiant has been six years in the making, but that interval reflects more hustle than hiatus.
The result is an album, bookended by legendary Brazilian composer, arranger and producer Arthur Verocai's strings, that relaxes into a groove: beguiling, masterful, sublime, sunlit.

Behind everything is Hiatus Kaiyote's signature swagger of funk & soul fusion and familiar sense of musical adventure - their knack for making complex sound simple.

Mood Valiant is a triumphant cry in the dark: we will live to funk another day.