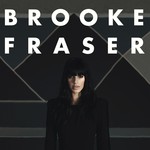 Available for the first time on vinyl.

Smash hit single "Something In The Water" peaked at No. 1 on the NZ singles chart. It also propelled Flags to triple platinum album sales here in New Zealand.

Flags is the third studio album by New Zealand singer and songwriter, Brooke Fraser. It was released on 8 October 2010.