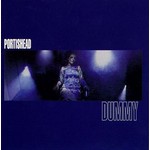 A somewhat unsung masterpiece, and an outstanding proponent of the Bristol sound! Alluring evocative, pseudo-cabaret sounds with "torch" vocals.

Whilst not being the true inventors of the trip-hop sound, Portishead certainly popularised the movement with their particularly evocative, pseudo-cabaret take on it. Indeed, their debut release, "Dummy" earned them top ratings on most of '94s end-of-year critics polls, and also the prestigious Mercury Music Prize. They also garnered a certain amount of underground recognition in America, which eventually led to a tour there, and further success. Funnily enough though, both Barrow and Gibbons have always been quite media shy, but after experiencing the quirky, yet alluring songs on "Dummy", it all starts to makes sense. This isn't a band of rock stars…

Initially, "Dummy" is almost off-putting - a difficult and eerie listening experience to encounter. However, perseverance certainly pays off, and repeated plays will have you craving for this most sensual of aural enchantments.

Adrian's guitar playing is skilfully understated throughout, with Barrow's sampling and turntable work providing the meat and potatoes of the mix. All the while Beth comes across as a modern day "torch" singer, not unlike Sade in some respects, but perhaps a little more unhinged.

All of the songs on this 48:45-minute, 11-track recording are very downbeat and often melancholy, but the album as a whole purveys a striking presence that can still be felt even today. It is a somewhat unsung masterpiece, and an outstanding proponent of the Bristol sound!"
-MARTY