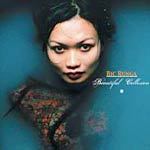 'Beautiful Collision' is the long awaited follow up album from Bic Runga.

Bic's debut album 'Drive' immediately established her as a star - winning a swag of 'Tui' Awards including Album of the Year, Record of the Year, Best Vocal Performance and Best Songwriter and selling an unprecedented 7 x Platinum copies, making her the biggest selling local artist in New Zealand history.

Bic took a well earned break after 'Drive' before starting work on 'Beautiful Collision' in 1999.

In her own words, "I worked harder than I can describe on this album. Time was not an issue. I worked with 12 different engineers ... in 8 different studios in 5 different cities".

The album was mixed in New York by Michael Brauer (Coldplay, New Radicals) and the first single is "Get Some Sleep".

The wait has been well worth it - this aural collision is beautiful indeed!!

MUSICIANS:
'Get Some Sleep': Dave Dobbyn (guitars), Milan and Tim from Pluto (background vocals).
Neil Finn (background vocals on 'The Be All and End All')
Joey Waronker (drummer for R.E.M)
Sebastian Steinburg (bass)
Andrew Morton (aka Sub Mariner) - programming on 2 tracks, synth and keyboards on another.

BIOGRAPHY:
When creating Beautiful Collision, Bic Runga drew her inspiration from a variety of sources. "Inspiration comes from weather," she offers, "the sky, clouds, a beautiful piece of fabric, a texture, the way light will catch someone's face and make them look different for a second."

On Beautiful Collision, Bic Runga taps the same songwriting and vocal magic that made Drive, her debut album, the biggest selling album by a local artist in New Zealand music history.

Born and raised in Christchurch, New Zealand, of Chinese and Maori descent, Bic, currently lives between Auckland (close to her parents and two sisters) and wherever else in the world she needs to be.

Bic counts Neil Young, David Bowie, Ella Fitzgerald, the Mama's & the Papa's, Yoko Ono, and Billie Holiday among her musical favorites. "Most of the musicians who really blow me away are either dead or over 50," she confesses. "The first time music really spoke to me was when I first heard the Smiths when I was 12."

In early 1997, she recorded Drive, her debut album, over a two month period with one engineer and a handful of musicians. She produced the record herself.

Drive was released in new Zealand in 1997 and immediately established Bic as a star going on to win several TUI Awards, including Album of the Year, Record of the Year, Best Vocal Performance and Best Songwriter. She also took home the coveted Silver Scroll Award for her songwriting.

Over the course of the next two years, Drive was released to great success around the world with Bic touring relentlessly, promoting and performing, sometimes alone with an acoustic guitar and sometimes with a band. Often unable to return to her home on the other end of the world, Bic was based for long periods in New York City.

"I have faith in my own ability as a songwriter and a musician," she says, describing the process that resulted in her Beautiful Collision. "Time was not an issue."

In late 1999, she began recording Beautiful Collision. Relishing the freedoms afforded by the digital format and once again self-producing, Bic moved between studios in the USA and New Zealand, utilising the skills of many engineers and many more musicians, recording in New York, Los Angeles, Auckland (including Bic's home studio), Wellington and Christchurch.

"I worked with twelve different engineers," adding with a laugh, "most of whom are still speaking to me. I worked in eight different studios in five different cities, carrying my hard drive around in a tool box."

In February 2002, Bic brought her hard drive back to New York for the mixing of the album by mix engineer Michael Brauer (Coldplay, New Radicals) at Quad Studios. It is appropriate that the recording of "Gravity," the last track on Beautiful Collision, was only completed at Quad while Brauer was busy mixing the other tracks.

"I played the piano, the drums and the guitar," she says with characteristic humor. "I wasn't much of a pianist, a drummer or a guitarist before that, but it's been three years of trial and error."

It's Not Me, It's You
more suggestions…