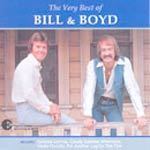 Popular '60s/'70s material from local duo. Includes "Put Another Log On The Fire" and 21 more

Bill Gate and Boyd Robertson were mates at Naenae College in Wellington when they began singing together, adapting the style of America's Everly Brothers.

They recorded a remarkable thirty-two singles between 1960 and 1978, and continued performing the club circuit in Australia until the late eighties.

From the beginning they were always more popular with parents than teenagers, probably just a little too nice for rock and roll.

This compilation takes an extensive look back through the recording career of a very special Kiwi duo, and includes their two biggest singles - Santa Never Made It Into Darwin (which documented the events of Cyclone Tracy that had devastated the city of Darwin on Christmas Eve, 1974), and Put Another Log On The Fire which became their biggest New Zealand hit, spending twenty weeks on the charts, peaking at number five.

The Guitar Style of Peter Posa

MARBECKS RARE: The Very Best of The La De Das

The Very Best of The Pleazers

The Very Best of the Solo Years
more suggestions…