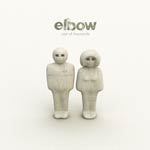 Their highly acclaimed second release. It's blend of low-key psychedelia and unsettling moods makes this a great album

Elbow first came onto the scene as a band short listed for the 2001 Mercury Prize for their acclaimed debut album 'Asleep in the Back'. Their second album 'Cast of Thousands' is also receiving critical acclaim from all around the world.

After debuting #7 in the UK Elbow, as NME states, .."are about to become a truly great band"

"..(nothing) detracts from Elbow's best qualities: the voice of frontman Guy Garvey, which has the same lost-in-space factor that makes Thom Yorke one of the planets finest white soul-men, plus Garvey's lyrics, words that dig deep into his heart of darkness (again not unlike Radiohead's simmering madman). Like John Lennon once said: "Turn off your mind, Relax and float down stream": Cast of Thousands is a record to get lost in." Rolling Stone October 2003

Cast of Thousands is produced by Ben Hillier who has just completed Blurs 'Think Tank', he is one of UKs most promising new producers.

"Rock 'n' roll is very nearly at the end of its creative evolution. But elbow transcend their influences to produce a virgin sound. A rare pleasure indeed." 9/10

"Like all great albums, even though it takes a few listens, your journey of discovery is immediately dotted with signs that this is something special." - NME

Is This It
more suggestions…