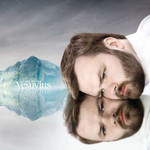 Once again, Phoenix Foundation man, Luke Buda follows the birth of a child with the release of an album.

Luke Buda was in pre-birth retreat. Looking for the name of his second son, he travelled deep into the raging belly of 'Vesuvius'. While he was down there, Buda feasted on beef stromboilia, behind him phreacto-magmatic eruptions exploded with thick black smoke and a blast of volcanic scoria. 'Vesuvius' has begun to erupt...

Iron will melt with the heat of this album. Steam has begun to rise as harmonious chorus, in the key of Buda. When 'Vesuvius' explodes it will change the face of the earth, and the shape of the heavens.

Luke Buda is a well-established musician and funny man. He writes songs, sings, plays guitar and keys and is never one to shy away from a seemingly ridiculous situation. A key songwriter for The Phoenix Foundation, Buda has released 5 albums with the super group, and 'Vesuvius' is his second solo album, following 2006's 'Special Surprise', also on Arch Hill Recordings.

'Vesuvius' is yet another example of this songwriter's natural finesse for crafting delicious pop songs with something more. Every single one of Luke Buda's songs features a little cherry, and once the listener finds it, life becomes a little bit better.

In the belly of 'Vesuvius' you will hear Buda signatures, including charming sing-a-long-able choruses, lip-lickingly delicious harmonies and ever-clever instrumentation.