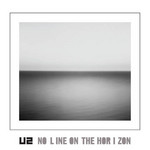 Written & recorded in various locations, 'No Line on the Horizon' is U2's 12th studio album and is their first release since the 9 million selling album 'How to Dismantle an Atomic Bomb', released in late 2004.

Sessions for 'No Line on the Horizon' began in 2008 in Fez, Morocco, and continued in the band's own studio in Dublin, before moving to New York's Platinum Sound Recording Studios, and finally completing at Olympic Studios in London.

The album calls on the production talents of long-time collaborators Brian Eno & Danny Lanois, with additional production by Steve Lillywhite.

NB: This special edition of 'No Line on the Horizon' comes with the album on CD, a 24-page booklet + exclusive bonus track!

Farewell to the World

The Road to Escondido
more suggestions…