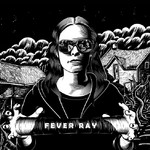 Fever Ray is Karin Dreijer Andersson, one half of The Knife. Fever Ray is also the title of both this project & album - an evocation of the music's sound, intense + anxious, yet luminous.

After having her second child plus eight months of the most productive daydreaming later, Karin had a batch of new songs and the raw materials for the production of Fever Ray. Unsure how to get them over the finishing line, she took half to Christoffer Berg (who mixed The Knife's work), and the rest to Stockholm production duo Van Rivers & The Subliminal Kid for a final brush & tickle.

The result is 'Fever Ray', an album that, while recognisably the work of the same artist, is dramatically different from The Knife. Constantly inventive, restlessly emotive, Fever Ray swaggers, broods, intrigues and dazzles without ever making concessions to the soap opera demands of modern media.