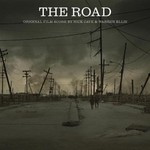 Cave and Ellis have created an evocative score, featuring violin and piano with beautiful fleeting melodies and eerie sound loops filled with terror and suspense.

Nick Cave and Warren Ellis have been creating music together for more than fifteen years with The Bad Seeds, Grinderman and The Dirty Three. More recently, the duo have collaborated on soundtracks for 'The Proposition' and 'The Assassination of Jesse James by the Coward Robert Ford', and released 'White Lunar', a two CD set featuring music from the aforementioned films along with rare and previously unavailable material. Adding to this impressive catalogue, is their soundtrack to 'The Road', a movie directed by John Hillcoat. This highly anticipated big screen adaptation of the beloved, bestselling and Pulitzer Prize-winning novel 'The Road' by Cormac McCarthy (author of 'No Country For Old Men') sees Academy Award-nominee Viggo Mortensen leading an all-star cast featuring Charlize Theron, Robert Duvall, Guy Pearce and young newcomer Kodi Smit-McPhee. An epic post-apocalyptic tale of survival of a father and his young son journeying across a barren America destroyed by a mysterious cataclysm, 'The Road' boldly imagines a future in which men are pushed to the worst and the best that they are capable of - a future in which a father and his son are sustained by love.

Nick Cave and Warren Ellis have created an evocative score, featuring violin and piano with beautiful fleeting melodies and eerie sound loops filled with terror and suspense. The threat of all-too-real cannibal gangs is heightened by disturbing loops and frenetic percussion. A small ensemble of wind instruments adds further scope. At key moments in the movie, scenes between the father and son are set to musical passages that are light, lyrical and elegiac.

Falling Down a Mountain