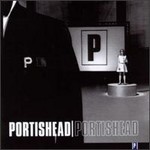 Portishead's debut album, Dummy, popularized trip-hop, making its slow, narcotic rhythms, hypnotic samples, and film noir production commonplace among sophisticated, self-consciously "mature" pop fans. The group recoiled from such widespread acclaim and influence, taking three years to deliver its eponymous second album. On the surface, Portishead isn't all that dissimilar from Dummy, but its haunting, foreboding sonic textures make it clear that the group isn't interested in the crossover success of such fellow travelers as Sneaker Pimps. Upon repeated plays, the subtle differences between the two albums become clear. Geoff Barrow and Adrian Utley recorded original music that they later sampled for the backing tracks on the album, giving the record a hazy, dreamlike quality that shares many of the same signatures of Dummy, but is darker and more adventurous. Beth Gibbons has taken the opportunity to play up her tortured diva role to the hilt, emoting wildly over the tracks. Her voice is electronically phased on most of the tracks, adding layers to the claustrophobic menace of the music. The sonics on Portishead would make it an impressive follow-up, but what seals its success is the remarkable songwriting. Throughout the album, the group crafts impeccable modern-day torch songs, from the frightening, repetitive "Cowboys" to the horn-punctuated "All Mine," which justify the detailed, engrossing production. The end result is an album that reveals more with each listen and becomes more captivating and haunting each time it's played. ~ Stephen Thomas Erlewine, All Music Guide