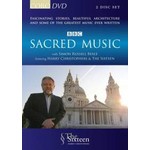 This four-part documentary series contains a rich mix of personal, political and musical stories and features some of the greatest music ever written, all performed by Harry Christophers and his award-winning choir, The Sixteen.

Plus Bonus Features include:

The Very Best Of Mario Lanza