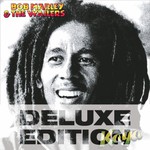 BOB MARLEY remains one of the most important and influential artists of the 20th century. His lifestyle and music continues to inspire new generations as his legacy lives on through his music. In the digital era, Marley has the second-highest social media following of any posthumous celebrity, with the official Bob Marley Facebook page having over 42 million fans, ranking it among the Top 25 of all Facebook pages and Top 10 among celebrity pages. His music catalog has sold more than 50 million albums worldwide since 1992 and his accolades continue, including an induction into the Rock and Roll Hall of Fame (1994), a GRAMMY Lifetime Achievement Award (2001), multiple entries in the GRAMMY Hall Of Fame and a star on the Hollywood Walk of Fame (2001).