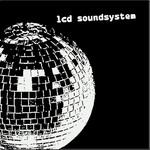 If a music-nerd version of Animal House set in 2005 is ever made, "Daft Punk Is Playing at My House" -- the boisterous opener of LCD Soundsystem -- would make an ideal theme song for the fraternity on which it is based. The self-conscious, awkward music obsessives pledging into this fraternity would have to pass a complex trivia test, own a compulsory list of records, and, as a hazing ritual, ask to dance with someone in public. If LCD Soundsystem's James Murphy were the least bit open to the concept, he could be the fraternity's advisor. Judging from a handful of singles and this album, he'd be more than qualified. His first A-side, 2002's "Losing My Edge," laid all his cards on the table, name-checking nearly everything that has been branded indispensable by a record store clerk during the past 20 years. This is someone who clearly owns tons of records and cannot escape them when making his own music. Acid house, post-punk, garage rock, psychedelic pop, and at least a dozen other things factor into his songs, and he's not afraid to be obvious.

On occasion, he doesn't even allow fellow nerds to play guessing games. This is the case with "Never As Tired As When I'm Waking Up" -- drowsy/dazed John Lennon vibes through and through -- as well as the drifting/uplifting "The Great Release" -- an alternate closer to either of Brian Eno's first two solo records. Otherwise, Murphy's songs cough up references from his subconscious or are put together as if he's thinking more like a DJ, finding ways to combine elements from disparate sources. "Movement" careens into high-energy guitar squall after a pounding beat and cranky synths; "On Repeat" happily replicates the scratches and jabs of guitar heard from A Certain Ratio, PiL, and Gang of Four, but its mechanical pulse and curveball synth effects couldn't be any more distanced from those three groups. Nothing here exceeds the brilliance of "Beat Connection" or "Yeah."
- AllMusic