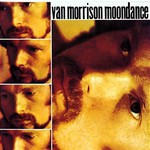 In 1969 Van Morrison entered the studio to record MOONDANCE, the album that would soon become his commercial breakthrough and one of the most beloved recordings of all time.

Following its release by Warner Bros. in February 1970, MOONDANCE would later be certified triple platinum by the RIAA, inducted into the Grammy Hall of Fame (1999) and named #65 on the list of the "500 Greatest Albums of All Time" published by Rolling Stone (2003).

1.And It Stoned Me
2.Moondance
3.Crazy Love
4.Caravan
5.Into The Mystic
6.Come Running
7.These Dreams Of You
8.Brand New Day
9.Everyone
10.Glad Tidings