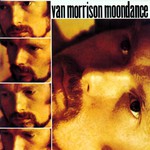 In 1969, Van Morrison entered the studio to record MOONDANCE, the album that would soon become his commercial breakthrough and one of the most beloved recordings of all time.

Fans now have the rare opportunity to experience this classic album like never before with the newly remastered and expanded version featuring unreleased tracks including studio outtakes, multiple takes and a final mix of the unheard track 'I Shall Sing'.

The Expanded Edition unearths an amazing trove of unreleased gems that take the listener right alongside Morrison and his band in studio. It includes 11 previously unreleased tracks.