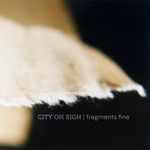 $20.00 In stock with supplier
ETA: 4-7 business days add to cart more by this artist

The trio released their first EP 'Like a Light' in 2011. Sunday Star Times' Grant Smithies called it 'fragile folkpop for delicate souls'. And praised the band's determination to be " to be soft, sensitive and calm in a world that values brashness and noise." Reviewer Martyn Pepperell said, "Like A Light is a masterful debut. For lovers of folk/pop music, this is an essential release."

Following the success of 'Like a Light', jazz drummer Hikurangi Schaverien-Kaa was invited into the fold adding new dimensions to the live show and the recordings.