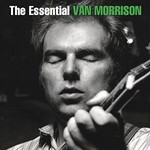 The Essential Van Morrison is a career spanning compilation, including two Them Tracks and songs from the three Warner albums. Van Morrison has been a part of musical history for many years. He has penned many hit singles that over the years have become a part of the soundtrack to our life. From his beginnings with the band Them to many collaborations over his years. His hits include Gloria, Brown Eyed Girl, Moondance, Bright Side Of The Road to the magical Have I Told You Lately.