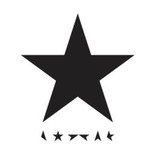 "Bowie's leap into full-on jazz muso fantasia for his swan song may seem out of character unless you consider this: As much as he paved the way for punk, synth-pop and other now-ubiquitous forms where passion triumphs over training, Bowie had long championed virtuosos: The three records most responsible for translating his overseas success to the U.S., "Space Oddity," Young Americans and Let's Dance, featured, respectively, Rick Wakeman, Luther Vandross and Stevie Ray Vaughan - all of them years before they became stars. Along the way, he had worked with such diverse and distinctive players as Mick Ronson, David Sanborn, Earl Slick, Brian Eno, Robert Fripp, Adrian Belew, Roy Bittan, Nile Rodgers and Peter Frampton. Beyond that marquee, he employed such musician's musicians as Mike Garson, Carlos Alomar, Lenny Pickett, Reeves Gabrels, Tony and Hunt Sales, Lester Bowie, Gail Ann Dorsey, Tony Levin and Sterling Campbell. And he often highlighted these heavyweight cats - sometimes to the detriment of his least composed, most overproduced efforts like Never Let Me Down and Tin Machine II.

Although it also favors performance over melody, Blackstar is otherwise nothing like those. It's not even akin to "This Is Not America," Bowie's first jazz collaboration. That one-off 1985 single with the Pat Metheny Group was Bowie's most delicate, thoughtful, and well-written achievement during what he now refers to as his phoned-in "Phil Collins years." Blackstar, by contrast, is feral, instinctive, the most out-there dispatch from the guy who celebrated his 69th birthday last Friday and left this Earth on Sunday as rock's most radical superstar. You could use it to end a party that's gone on too long or impress a boomer neighbor whose taste hasn't changed since the heyday of Mahavishnu Orchestra; it's that brutal and finessed." - NPR

The Velvet Underground and Nico