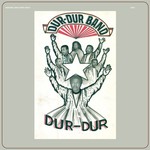 This classic Somali band's 1987 recording captures some of the incredible sounds happening in Mogadishu during that era. Dur-Dur Band emerged in the 1980s, during a time when Somaliaâ€™s contribution to the creative culture in the Horn of Africa was visible and abundant. Seeking inspiration outside the impressive array of Somali traditional music that was encouraged at the time, everyone from Michael Jackson and Phil Collins to Bob Marley and Santana were fair game. This recording, which was remastered from a cassette copy source, is a document of Dur-Dur Band after establishing itself as one of the most popular bands in Mogadishu. The challenge of locating a complete long-player from this era is evidenced bythe fidelity of this recording. However, the complex, soulful music penetrates the hiss. In a country that has been disrupted by civil war, heated clan divisions and security concerns, music and the arts has suffered from stagnation in recent years. Incidentally, more than ten years after Volume 5 (1987) was recorded at Radio Mogadishu, the state-run broadcaster was the only station in Somalia to resist the ban on music briefly enacted by Al-Shabab. Dur-Dur Band is a powerful and illustrative lens through which to appreciate the incredible sounds in Somalia before the country's stability took a turn.