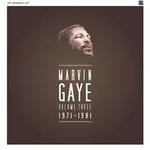 Commonly referred to as the 'Prince of Soul', Marvin Gaye helped to shape the sound of Motown Records and was one of the greatest voices to emerge from the label.

On June 1, 1970, Gaye recorded his new composition What's Going On in Hitsville U.S.A., inspired by an idea from Renaldo "Obie" Benson of the Four Tops after he witnessed an act of police brutality at an anti-war rally in Berkeley. Released in 1971, it reached number one on the R&B charts within a month, staying there for five weeks. It also reached the top spot on Cashbox's pop chart for a week and reached number two on the Hot 100 and the Record World chart, selling over two million copies. The album became Gaye's first million-selling album launching two more top ten singles, Mercy Mercy Me (The Ecology) and Inner City Blues. One of Motown's first autonomous works, its theme and segue flow brought the concept album format to rhythm and blues. An AllMusic writer later cited it as "...the most important and passionate record to come out of soul music, delivered by one of its finest voices."For the album, Gaye received two Grammy Award nominations and several NAACP Image Awards. The album also topped Rolling Stone's year-end list as its album of the year. Billboard magazine named Gaye Trendsetter of the Year following the album's success.

In 1971, Gaye signed a new deal with Motown worth $1 million, making it the most lucrative deal by a black recording artist at the time. Gaye first responded to the new contract with the soundtrack and subsequent score, Trouble Man, released in late 1972. In 1973, Gaye released the Let's Get It On album. Its title track became Gaye's second number one single on the Hot 100. The album subsequently stayed on the charts for two years and sold over three million copies. The album was later hailed as "a record unparalleled in its sheer sensuality and carnal energy." Other singles from the album included Come Get to This, which recalled Gaye's early Motown soul sound of the previous decade, while the suggestive You Sure Love to Ball reached modest success but received tepid promotion due to the song's sexually explicit content.

Marvin's final duet project, Diana & Marvin, with Diana Ross, garnered international success despite contrasting artistic styles. Gaye's next studio album, I Want You, followed in 1976 with the title track becoming a number-one R&B hit. That summer, Gaye embarked on his first European tour in a decade, starting off in England.

In December 1978, Gaye issued Here, My Dear, inspired by the fallout of his first marriage to Anna Gordy. Recorded as an intent for Gaye to remit a portion of its royalties to her to receive alimony payments, it flopped on the charts but turned into a cult album in later years. Gaye then reworked Love Man from its original disco concept to another personal album invoking religion and the possible end time from a chapter in the Book of Revelation. Titling the album, In Our Lifetime?, Gaye worked on the album for much of 1980 in London studios such as Air and Odyssey Studios.

Albums:
•What's Going On
•Trouble Man
•Let's Get It On
•Diana & Marvin (w/ Diana Ross)
•I Want You
•Here, My Dear
•In Our Lifetime