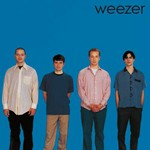 Few bands emerged as fully formed as Weezer, the Southern California band that would quickly shake the world with its reimagined vision of rock 'n' roll. With 17 million albums sold worldwide, and two LPs on Rolling Stone's list of most influential ever made, the L.A. quartet helmed by singer-guitarist Rivers Cuomo proved to be as popular as they are pioneering. Weezer's music continues to shape the sound of rock to this day, well after the release of its first album, the triple-platinum Weezer (The Blue Album), one of rock's most auspicious debuts.