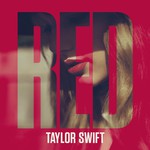 In many ways, "Red" is Taylor Swift's first adult pop album. Where her self-titled debut and 2008's "Fearless" were the works of an accomplished teenage singer with a gift for confessional songwriting and soaring melodies, parts of the often-exceptional "Speak Now" felt like a tiresome game of Guess the Celebrity ("Better Than Revenge," "Innocent," "Dear John") with passive-aggressive lyrics better suited for a note passed in junior high.

"Red" puts Swift the artist front and center with big, beefy hooks that transcend her country roots for a genre-spanning record that reaches heights unseen since Shania Twain's "Up!" - a 2002 release so tireless in efforts to people-please it was released with two discs' worth of pop and country takes of its 19 songs. Much of "Red's" first half, for example, is Swift swinging for the pop rafters and rarely missing - even if she runs the risk of alienating her country core in the process.

As she settles into her superstar persona at the age of 22, Swift has made it clear that she is never going to be pigeonholed, and will always strive for relatable transcendence. "Red" is her most interesting full-length to date, but it probably won't be when all is said and done in her career. 4.5 Billboard Online