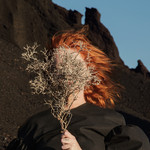 Alison Goldfrapp and Will Gregory have been finding new paths through the forest since their 2000 debut album Felt Mountain, never going the same way twice. "We've never liked repeating ourselves," says Alison. "Often we react to things we've just done. We like the spontaneity of not knowing. It's only through the process that we start to figure out what it is. The fans who have stuck with us are the ones who embrace that idea and are excited by the thought that they don't know quite what to expect next."

Silver Eye, Goldfrapp's seventh album, is dance music, which evokes a pagan ritual rather than a club soundtrack. Cold, metallic electronics with a hot current of blood running through them. Cinematic pop music with a twist. A celebration of the thirst for transformation and intense sensation. A 21st century moon dance. It weaves together the two strands of Goldfrapp's music like never before.

On Silver Eye, for the first time, they sought new collaborators as the songs were taking shape. They spent 10 days in Dallas with John Congleton, Grammy-winning producer of St. Vincent, John Grant and Wild Beasts. In London they teamed up with electronic composer Bobby Krlic, aka The Haxan Cloak. Brian Eno collaborator Leo Abrahams added abstract guitar textures to the eerily beautiful Faux Suede Drifter and Beast That Never Was.

The album teems with images of the natural world, raw and intense with a suggestion of the uncanny: the man metamorphosing into beast "ascending the moonlit hills" in 'Tigerman', the "silver eye" of the moon in 'Systemagic', the "mountains with eyes" of 'Everything Is Never Enough', and the stars reflected in dark water in 'Zodiac Black'. For the album artwork and the video for 'Anymore', Goldfrapp headed to Fuerteventura, a volcanic island in the Canary Islands. Its black sands, stark cliffs, rolling dunes and blazing blue skies, captured in Alison's own photographs, are an apt analogue to the elemental drama of the music.

Alison describes Goldfrapp's music-making as "a constant quest. I don't think you ever feel like you've achieved everything, it's impossible. You're always searching, trying to attain some kind of utopia in what you do."

With Silver Eye, that search has taken them to yet another new place, one that's full of mystery, menace and transcendent beauty. Goldfrapp's quest continues.