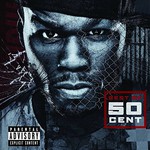 50 Cent is one of the most polarizing figures in hip-hop. With the aid of Eminem and Dr. Dre he became one of the world's best-selling rappers and rose to prominence.

During his career 50 Cent has so far sold over 30 million albums worldwide and won several awards, including a Grammy Award, thirteen Billboard Music Awards, six World Music Awards, three American Music Awards and four BET Awards. This is a greatest hits compilation made up of 18 of 50's biggest songs