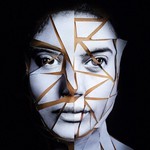 Ash is the follow-up to the twin's 2015 eponymous debut album that made Ibeyi a globally recognized name.

Ash was recorded in November 2016 in London with producer Richard Russell at his studio The Copper House. The album features twelve new tracks, including 'Away Away' which was released in June, and includes appearances from Kamasi Washington, Mala Rodriguez, Chilly Gonzales, and Meshell Ndegeocello.

'Deathless,' the second track to be debuted from Ash, features the incomparable Kamasi Washington on saxophone, and was written in the wake of an experience that Lisa-Kaindé had when she was sixteen that involved her being wrongly arrested by French police. She went home and wrote the emotive 'Deathless,' in which she describes her experience: "I was writing Deathless as an anthem for everybody!" Lisa-Kaindé says. "For every minority. For everybody that feels that they are nothing, that feels small, that feels not cared about and I want them to listen to our song and for three minutes feel large, powerful, deathless. I have a huge amount of respect for people who fought for, what I think, are my rights today and if we all sing together 'we are deathless, 'they will be living through us into a better world."

1. I Carried This For Years
2. Away Away
3. Deathless feat. Kamasi Washington
4. I Wanna Be Like You
5. No Man Is Big Enough For My Arms
6. Valé
7. Waves
8. Transmission/Michaelion feat. Meshell Ndegeocello
9. Me Voy feat. Mala Rodriguez
10. When Will I Learn feat. Chilly Gonzales
11. Numb
12. Ash