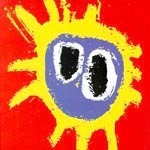 Released to widespread critical acclaim in 1991, 'Screamadelica' is one of, if not THE, best albums of the 1990s. Almost 30 years down the line, this album remains a solid gold classic!!!

Autumn 1991 saw a wealth of excitement for the indie set. 'Nevermind' was quietly munching its way across the planet, Teenage Fanclub released 'Bandwagonesque', Saint Etienne launched 'Foxbase Alpha'... but amongst all this, Primal Scream issued their third studio album, 'Screamadelica' - forever altering and redefining the musical landscape with the first acid house-influenced rock record.

The the genesis of 'Screamadelica' came in Spring 1990 when the band released "Loaded". Initially a throwaway dance / rock excursion, Andrew Weatherall took a sample from "I'm Losing More Than I'll Ever Have" from their previous album, slipped in some acid-fried funk and threw on a Peter Fonda sample, transforming it into a masterpiece of the era. It was the Primal's passport to Top of the Pops and elevated Bobby Gillespie to Smash Hits poster-boy status. Subsequent singles were equally potent: "Come Together", "Higher Than the Sun" (one of the most 'out there' singles to have graced the U.K. Top 40, included here in both the original and epic, dub symphony versions) and the MC5 meets rave Italo sensation, "Don't Fight it Feel It".

Both of its time yet quintessentially timeless, 'Screamadelica' still sounds like nothing else, yet all things at once.

Side A:
Movin' On Up
Slip Inside This House
Don't Fight It, Feel It

Side B:
Higher Than The Sun
Inner Flight
Come Together

Side C:
Loaded
Damaged
I'm Comin' Down
Higher Than The Sun (A Dub Symphony In Two Parts)
Shine Like Stars