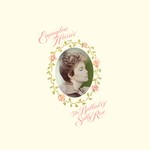 Harris once called this concept album a country opera. Released in 1985, the song cycle is based loosely on her short time with influential singer-songwriter Gram Parsons, who died in 1973. Known more for singing songs written by others, this was Harris' first self-composed album and it remains one of her favourites.

Rhino revisits this underrated gem with an Expanded Edition that features a newly remastered version of the original album along with unreleased demos for most songs on the album.

Every Picture Tells A Story (LP)