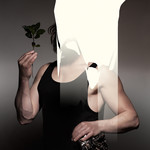 Composer and performer Dudley Benson's long-awaited third album Zealandia is a love record to a drowned continent. An album that explores our identity through twelve meticulously arranged pop songs, Benson's most accomplished work yet was eight years in the making, and features the Dunedin Symphony Orchestra, New Zealand Youth Choir, and beats made with geologists from GNS Science.

Future Me Hates Me