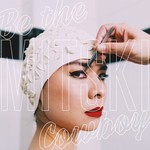 Mitski
Be The Cowboy (LP)

Hailed as the new vanguard of indie rock following the breakout success of 2016's Puberty 2, Mitski returns with Be The Cowboy.

Mitski's carefully crafted songs have often been portrayed as emotionally raw, overflowing confessionals from a fevered chosen girl, but in her fifth album, Mitski introduces a persona who has been teased before but never so fully present until now - a woman in control.

In Be The Cowboy, Mitski delves into the loneliness of being a symbol and the loneliness of being someone, how it can feel so much like being no one. Lead single "Geyser" introduces us to a woman who can't hold it all in any more. She's about to burst and unleash a torrent of desire and passion that has been building up inside. While recording the album with her long-time producer Patrick Hyland, the pair kept returning to "the image of someone alone on a stage, singing solo with a single spotlight trained on them in an otherwise dark room. For most of the tracks, we didn't layer the vocals with doubles or harmonies, to achieve that campy 'person singing alone on stage' atmosphere."

There is plenty of buoyant swagger on Be The Cowboy, but just as much interrogation into self-mythology. Throughout these 14 songs, the music swerves from the cheerful to the plaintive. Mournful piano ballads lead into deceptively uptempo songs. "I had been on the road for a long time, which is so isolating, and had to run my own business at the same time. A lot of this record was me not having any feelings, being completely spent but then trying to rally myself and wake up and get back to Mitski".