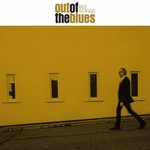 Boz Scaggs
Out Of The Blues

The self-produced Out Of The Blues finds national treasure Boz Scaggs applying his iconic voice and gritty guitar skills to a set of vintage classics as well as four originals.

Boz Scaggs is an American singer, songwriter, and guitarist. He was a guitarist and occasional lead singer with the Steve Miller Band in the 1960s, and in the 1970s gained fame with several solo Top 20 hit singles in the United States.

The Other Side
more suggestions…