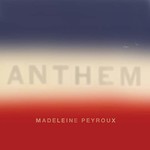 Together, they cast a sober, poetic, and at times philosophical eye on the current state of the world. Produced and co-written by Larry Klein, the album came to life during the pivotal 2016 US elections, with the writers absorbing a constant stream of news over many months. The consciously not too preachy songs, fuse Peyroux's, at times political outlook, with glimpses into her personal world. Honed and patiently refined with fellow writers they mix the public with the personal, striking that perfect equilibrium of dark humor and compassion.

"The album is a finely polished production, each performance in crisp servitude to the song. Occasional sonic curveballs, such as sound effects, add a playfulness that keeps listeners on their toes"
- Downbeat

"With it she continues to challenge the confines of jazz, venturing into the fertile fields of contemporary music with unfading curiosity."
- Jazziz

"A compelling storyteller's voice shines through on Peyroux's confident 'Anthem', out August 31st (UMG). The lyrics are smart, witty and darkly hopeful, and Peyroux's characters and settings are so vividly drawn, it's as if a series of short films have come alive through song."
- Seth Cohen