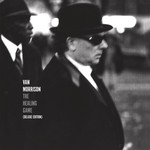 Originally released in 1997, The Healing Game marked an important transition for Van Morrison. He assembled a killer new band, including saxophonist Pee Wee Ellis, Georgie Fame and bassist Alec Dankworth, and dove back into jazz. The end result, the visionary album The Healing Game, reinforced Morrison's reputation as an artist ready and eager to pursue his muses to new and unexpected places.