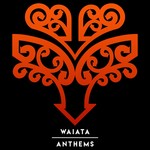 In 1999, singer and songwriter Hinewehi Mohi stood in front of 70,000 people at a sold-out Rugby World Cup quarter final in Twickenham and sang the words: "E Ihowā Atua…" All she had wanted to do when she chose to sing the national anthem in Te Reo Māori instead of English was share her language with the world.

Back home in New Zealand, the feedback was overwhelmingly negative and Mohi was forced to defend herself, and Te Reo Māori, in the media. This proved to be a turning point, sparking a national conversation about our cultural identity and the first language of Aotearoa New Zealand. Today, New Zealanders all over the country proudly sing the national anthem in both English and Te Reo Māori.

20 years on, she has decided to mark that anniversary not by remembering the controversy, but by celebrating how far we've come.

The result - 11 of New Zealand's best loved artists performing their hit songs in Te Reo Māori, as well as an acknowledgement of 'Aotearoa' with a vibrant rendition by the renowned Hātea Kapa Haka.

"It was initially meant to be a bilingual album, but the artists said to me 'I want to do it all in Māori'. Only one is a fluent speaker, so for most of them this was their first real opportunity to sing in Māori. The artists have been brave and inspirational through the recording process which has ultimately been extremely challenging for the majority of them having little or no Māori language skills," said Mohi. "It is testimony to how important they each view te reo Māori as the cornerstone of our culture. This music will help us all to feel like we can participate and celebrate in the uniqueness of our national identity."

Recorded over 10 weeks in 2019, Mohi worked directly with artists in the studio to guide their intonation and understanding of the new Māori lyrics, with translations assisted by Sir Tīmoti Kāretu, one of our greatest living Māori orators and language proponents.