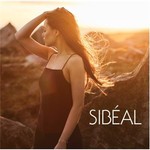 Sibéal first rose to prominence as a 5th-year student in 2016 when she performed "Mise Éire", a poem by Padriag Pearse set to music by Patrick Cassidy. The song featured on Patrick's score for the documentary "1916 - The Irish Rebellion" and was performed live on RTÉ One as part of the 1916 Centenary commemorations. Her powerful performance was a nod to an Ireland of the past and reminded listeners that, while they may be living in a widely different world today, Ireland is still shaped by its storied history and undying traditions. Since 2016, Sibéal has sung for audiences across Ireland, the UK, the United States and Canada, impressing everyone with her unique and contemporary take on Irish folk music. On the 28th of September, Sibéal will go further afield where she will perform in Sydney at the inaugural ZoneOut International Music Festival presented by Universal Music Australia.

For her debut album, Sibéal carefully chose the songs and poems on her album to fit alongside each other and create an evocative collection that seamlessly blends old and new. The track listing allows Sibéal's rich, haunting voice to take centre stage amidst a backdrop of hypnotising orchestral accompaniment and harmonies. It features stunning arrangements of "The First Time Ever I Saw Your Face", "The Wind That Shakes The Barley" and the masterpiece that is "Mise Éire"