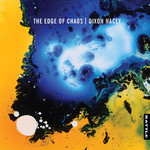 Dixon Nacey
The Edge of Chaos

With this album guitarist Dixon Nacey has produced a knockout debut as bandleader. Seven superb compositions beautifully played by a stellar line-up, The Edge of Chaos is a stunner.

"The edge of chaos is the constantly shifting battle zone between stagnation and anarchy, the one place where a complex system can be spontaneous, adaptive and alive." - Mitchell Waldrop

Auckland-based guitarist Dixon Nacey has, in his 27-year career in music, worked with some of the finest local and international musicians across a wide range of genres. He is in high demand as a session musician and sideman, and has been the Musical Director for the "Coca-Cola Christmas in the Park" since 2016.