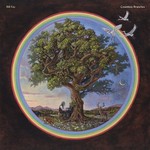 $45.00 In stock with supplier
ETA: 2-5 business days add to cart more by this artist

Fifty years after his debut release, Bill Fay - one of Britain's most enigmatic and celebrated singer-songwriters - returns with a new album, Countless Branches.

Sounding sparser and more succinct than his previous records, Countless Branches collects compositions drawn from the trove of material Fay has amassed over 40 years. Unfinished songs emerge with newly written words and melodies on Fay's recurring themes - nature, the family of man, the cycle of life and the ineffable vastness of it all - as if they had been lying in wait to find their place in our current zeitgeist. The resulting ten songs are as pointed and poignant as anything he has ever recorded.