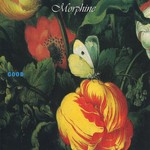 One of the most unique, original and unusual rock bands to burst onto the alternative scene in the 90s, Morphine was originally formed by vocalist/bassist Mark Sandman, saxophonist Dana Colley and drummer Jerome Deupree (later replaced by Billy Conway) in Cambridge, Mass in 1989.

They expertly combined blues, jazz and rock elements into a very distinct style, anchored by Sandman's deep, crooning, beat-style vocals. Rather than having an electric guitar as the focal point like most rock bands, the trio's sound was built around Sandman's two-string electric bass (often deployed with a slide) and Colley's growling, baritone sax which they dubbed as "low-rock".