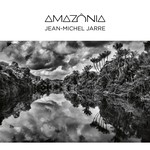 French electro music pioneer Jean-Michel Jarre's new work is the soundtrack to the epic project "Amazonia" in collaboration with Brazilian photographer Sebastião Salgado, known for his Amazon forest-themed photography. "Amazonia" is an immersive exhibition with the theme of the Brazilian Amazon, consisting of over 200 photographs and other media by Sebastião Salgado. Sargado has traveled the Amazon for six years, capturing forests, rivers, mountains, and the people who live there, advocating the need to protect indigenous cultures and the environment through his work. The 52-minute music created by Jean-Michel Jarre to these photographs is a blend of electronic and orchestral instruments, and real natural sounds, creating a more realistic and immersive world. You can experience it.

The exhibition will start on April 7th, starting with the Philharmonic de Paris. After that, it will tour cities around the world such as Rome, São Paulo, Rio de Janeiro and London.