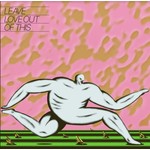 Tonnon produced the album with longtime collaborator, and The Beths' guitarist and producer, Jonathan Pearce. Tonnon wrote the bulk of the songs during an extensive period of touring after the release of Successor - a period where Tonnon performed with Nadia Reid in Europe, The Veils in the USA, and The Chills, The Phoenix Foundation and Don McGlashan in New Zealand. The pair workshopped songs between tours, often recording new parts as the live versions developed.

Tonnon and Pearce recorded between 2017 and 2020, and in that time, Tonnon's practise evolved heavily. He incorporated new technology into his set, including the Wellington-designed Synthstrom Deluge, which allowed him to adapt his set for new performance environments;Art Galleries, Museums, even New Zealand Fashion Week. He took that technology further when he collaborated with the Otago Museum on the immersive show for Planetariums, A Synthesized Universe, which travelled to Arts Festivals around New Zealand in 2019.

Creating a music video for 'Old Images,' which explored a lost passenger train network, Tonnon came to the idea for a new experience-based show called Rail Land. It took audiences on railways to reach distant community halls around Aotearoa. The show saw Tonnon combine historical research and spoken word narrative, with the immersive lighting and musical technology he developed for A Synthesized Universe. In March, Rail Land finished a three-night run at Auckland Arts Festival, cementing Tonnon's move to the concept show.

Over time, Tonnon and Pearce's production moved further from the traditional rhythm sections that powered songs like Successor's 'Water Underground.' In their place came off kilter electronic rhythms, like the beat in 'Two Free Hands,' and textures that blur lines between organic and synthesized sound. Guitars are set against synthesizers, and drums against drum machines in 'Entertainment' and 'Peacetime Orders,' which Tonnon also used in his soundtrack for RNZ's 80s spy-themed podcast The Service. In 'Leave Love Out Of This,' a ballad starts with a piano and a string quartet, but ends in a wall of electronic sound.

The constant has been Tonnon's lyrics. Whether singing about evolution and the future of work in 'Two Free Hands,' the television industry in 'Entertainment,' or environmental disaster and regulatory failure in 'Mataura Paper Mill,' Tonnon has followed a distinct approach to subject matter, description and phrasing that have seen him longlisted for the APRA Silver Scroll three times.

Tonnon's explorations of local government and civic infrastructure in his work - an unusual preoccupation for a songwriter, have taken new meaning in his adopted home of Whanganui, where last year, he was elected by councillors as Whanganui District Council's representative for public transport.

After Tonnon moved to Whanganui, and Pearce toured almost constantly after the success of The Beths' first album, the pair conducted their collaboration over distance, but with key sessions at Pearce's Karangahape Road studio, including drums and bass with long time band members Stuart Harwood and David Flyger, a string quartet led by Charmian Keay and arranged by Matthew Bodman, and additional drums with The Beths' Tristan Deck.

As Leave Love Out Of This is released, Tonnon and Pearce find themselves in very different places to where they started, working on Auckland's Karangahape Road, close to the venues like Wine Cellar and Whammy Bar where they regularly performed. Back in New Zealand since Covid, Pearce has had to adjust to being in one of Aotearoa's best-known bands, while Tonnon, when not working on conceptual shows, wrestles with how to restore civic infrastructure to a post industrial city in the regions.

Created over a life-altering period of, Leave Love Out Of This is the culmination of years of experimentation and development - with new technology, new sounds, and new ways of creating, and performing music.