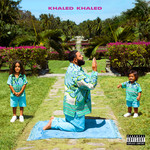 This is the 12th latest album in total, about two years after the release of "Father of Assad" in 2019, and it contains the singles "Pop Star" and "Greece" both featuring Drake.

Continuing from the previous work, his beloved son Assad and his second son Alam, who was born last year, are also credited as executive producers.