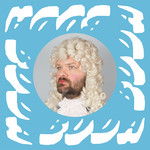 Luke Buda is a songwriter based in Te Whanganui-a-Tara (Wellington). Buda's music finds influence in the warm strums that emanated from Laurel Canyon in the 1960s, the dreamy vocals of supreme 1970s soft rock and disco, and the digital delays and drum machines wafting out from the UK in the early 1980s. In this work, he locates the sweet spot between introspection and wry humour.

In October Buda will release his third solo album (his first in twelve years), a collection of songs mostly recorded in his garage over the last three years. The lyrics are a mix of Buda's sincere but sardonic musings about feeling old and tired and anxious about everything, and words supplied by New Zealand novelist Damien Wilkins, all set to the kind of melodies that you could find while channel surfing through radio stations on a long midnight drive.

Buda has roped in a large range of collaborators for the album, including guests like Don McGlashan; Joe Lindsay and Toby Laing from Fat Freddy's Drop; Riki Gooch; Dayle Jellyman; Jacqui Nyman; and all the members of The Phoenix Foundation. Special mention needs to be made of Anita Clark's (Motte) contribution, as she sang on every single track.

Luke Buda is a founding member of The Phoenix Foundation, who formed in 1997 and have since released 7 albums and 4 EPs. They've been nominated for over 30 Aotearoa Music Awards. The Phoenix Foundation have been shortlisted three times for the IMNZ's Taite Prize, and three times finalists in APRA's Silver Scrolls. In 2009, Buda won a Silver Scroll for his co-writing credit on Lawrence Arabia's Apple Pie Bed.

In 2016, Buda co-wrote and produced Sir Dave Dobbyn's Harmony House, and in 2017 he released an album as one quarter of the band Teeth (an outfit featuring David Long of The Mutton Birds). Since 2007 he has composed music for television and film as Moniker. Their work can be found in seminal Aotearoa films such as Eagle vs. Shark, Hunt For The Wilderpeople, and Boy (the latter winning them Best Original Score at the NZ Film and TV Awards). In 2018, the group took home the APRA Best Original Music in a Series for Cleverman.

Buda is one of only a handful of New Zealand musicians to have made an appearance on BBC's Later... with Jools Holland, and recently made Morrissey quite angry when he contributed guitar to Everyone Is Horrid Except Me (And Possibly You) by Quilloughby feat. Lisa Simpson from the recent episode of The Simpson's "Panic on the Streets of Springfield." - Luke Buda - Buda