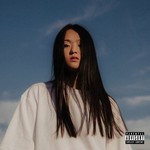 Having begun to experiment with her own rapping and singing around 2015, Hye Jin began DJing in 2017 before eventually moving into making her own productions in 2018.

On her debut album Before I Die Hye Jin continues to expand her sonic palette, drawing on a range of influences and downtempo sensibilities to present the most complete vision yet of her sound.

The album is performed, produced and written entirely by Hye Jin.

Before I Die solidifies 박혜진 Park Hye Jin's status as one of electronic music's most singular voices.