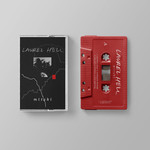 We don't typically look to pop albums to answer our cultural moment, let alone to meet the soul hunger left in the wake of global catastrophe. But occasionally, an artist proves the form more malleable and capacious than we knew. With Laurel Hell, Mitski cements her reputation as an artist in possession of such power - capable of using her talent to perform the alchemy that turns our most savage and alienated experiences into the very elixir that cures them.

Her critically beloved last album, Be the Cowboy, built on the breakout acclaim of 2016's Puberty 2 and launched her from cult favourite to indie star. She ascended amid a fever of national division, and the grind of touring and pitfalls of increased visibility influenced her music as much as her spirit. Like the mountain laurels for this new album is named, public perception, like the intoxicating prism of the internet, can offer an alluring façade that obscures a deadly trap-one that tightens the more you struggle.

Exhausted by this warped mirror, and our addiction to false binaries, she began writing songs that stripped away the masks and revealed the complex and often contradictory realities behind them. She wrote many of these songs during or before 2018, while the album finished mixing in May 2021. It is the longest span of time Mitski has ever spent on a record, and a process that concluded amid a radically changed world. She recorded Laurel Hell with her long-time producer Patrick Hyland throughout the isolation of a global pandemic, during which some of the songs "slowly took on new forms and meanings, like seed to flower." Sometimes it's hard to see the change when you're the agent of it, but for the lucky rest of us, Mitski has written a soundtrack for transformation, a map to the place where vulnerability and resilience, sorrow and delight, error and transcendence can all sit within our humanity, can all be seen as worthy of acknowledgment, and ultimately, love.

CD variations (Stay, Soft, Get, Eaten) feature alternative artwork that can be combined to make a whole image.

02. Working for the Knife

08. There's Nothing Left for You